Clark Howard Stopped By the Studio!
What a great show! I was truly honored by a visit from WSB star, Clark Howard.  My hour with Clark was the most fun I’ve ever had on the radio.  If you missed it, you can check out show archives on wsbradio.com.  At first I thought Clark was annoyed that I was destroying the planet with incandescent light bulbs but really he was just giving me his!  He insists that the new light bulbs save money in year one and that they’re worth having for economic reasons alone.  I found that argument pretty persuasive.  And just for the record…It’s NOT that I want to destroy the planet, it’s that I think the current governmental regime stimulates supply AND demand for fossil fuels so strenuously that nothing I can do on a personal level will make a difference.  Only if governments stop stimulating energy consumption through transportation subsidies, real estate tax advantages and depressed interest rates, and stop subsidizing supplies by fighting wars for access to foreign oil, will we reach a natural, sustainable, free market equilibrium of supply and demand for energy–feel-good environmentalist propaganda notwithstanding.
A big, big thanks to Clark for coming on the show!
Hookers in Cartagena
The fact that the biggest story of the week by far is that Secret Service agents got hookers while waiting for Obama to arrive in Colombia is kinda like the big news that Snoop Dogg got busted for pot–why is anyone surprised and who really cares? Not to mention, prostitution is legal in Colombia! The real crime is having Secret Service agents who are so stupid that they brag about being connected to ostensibly the most powerful person in the world, POTUS, in a country known as first in the world for kidnapping for ransom rich and high-profile people. These dopes are lucky the pimps didn’t call some goons to round them up and start cutting off body parts to send to Obama with ransom notes! And what’s really stupid beyond description is that this all started because one of these self-important bruisers refused to pay his girl! In my mind, stiffing a prostitute (no pun intended) turns a perfectly consensual economic transaction into a kind of rape. Seriously–Dania, the prostitute, consented to sex for money–yet the agent was trying to trick her into free sex–maybe that qualifies as date rape, but in any case, the guy is a low-life and probably a bully.
Apparently, the agent had agreed to $800 but tried to pay Dania only $30. $800 does seem a little steep, but he shouldn’t have agreed to pay it then! What do you think? Here she is: 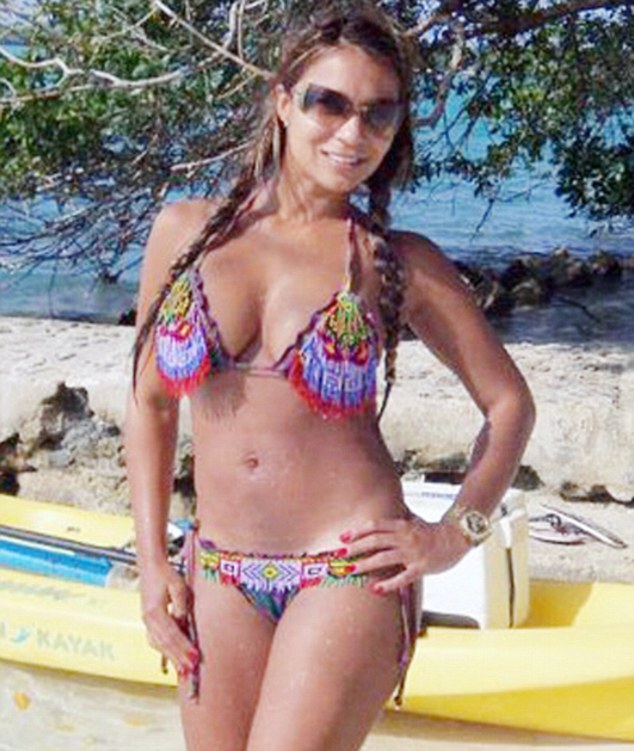 Operation Fast & Furious
To me all these “scandals” are red herrings–distractions from the real issues. Just as I feel the GSA scandal pales in comparison to the Solyndra scandal, yet seems to have gotten much more press; similarly, the Secret Service prostitution scandal is no big deal compared to the U.S. government arming and funding a drug cartel that killed 20,000 people in five years. In my mind, Operation Fast & Furious is Obama’s Iran-Contra and not just because of the enormity of the crime but because of its nature as well. I’ve been following Fast & Furious pretty closely and recommend you listen to my podcast on the subject if you want a full overview. The most recent development, however, has flown so far under the radar that I’m beginning to smell a rat with respect to Republican leadership and the media letting Obama and Holder slide on this one.
Although Congressman Darryl Issa is conducting an investigation, he seems to be focusing on who-knew-what-when when clearly the big question is WHY? Why did we send thousands of guns to one side of the Mexican Drug War?
But my real problem with the Republican leadership is that House Majority Leader John Boehner will not join other Republicans in demanding Attorney General Eric Holder’s resignation over this matter, nor is he facilitating the investigation in any way–he may even be stalling it! Perhaps the Republicans are implicated in similar arrangements themselves. The Bush Administration engaged in similar tactics though on a much smaller scale and with real differences that make that operation (Wide Receiver) less suspicious, however, that Administration’s involvement in the drugs-guns-money trade is probably deeper than we know. I say this because of the crashing of a plane in 2007 that had 4 tons of cocaine in it. The plane was en route from Colombia to the U.S. when it ran out of gas over Mexico. The smoking gun though is that the plane itself was a plane that flew in and out of Gitmo (which is exclusively the realm of the U.S. government) SEVEN TIMES!
And what’s more mysterious to me is why Fox News and The Wall Street Journal are not all over this story! I searched Fox News for references to Operation Fast & Furious and got approximately 1,000 hits; I searched Fox News for references to Secret Service Prostitution Scandal and got approximately 100,000 hits! Similarly, The Wall Street Journal didn’t even report on the fact that the White House is illegally refusing to allow its former staffer, Kevin O’Reilly, testify in the matter, and even shipped him off to Iraq! My totally unfounded speculation is that Rupert Murdoch, who owns Fox and The Journal through Newscorp, is soft-pedaling this because of an investigation by Eric Holder into the possible phone-hacking of 9/11 victims by a NewsCorp newspaper. Apparently, Murdoch had kept similar investigations at bay in the UK through backroom dealings with the highest ranking leaders of both major parties there.
I don’t know what’s really going on, of course, but I do know I smell a BIG, FAT, DEAD RAT!!!
Great Calls!
I got some great calls last night and I just wanted to follow up on a couple of references made by the callers.  The first reference was to SIFTA, an international gun control treaty that some believe will be signed by an American president at the earliest opportunity–perhaps even justified by a false flag operation–a scenario fabricated by the US government to promote public acquiescence in further curtailing our fundamental rights.  The second important reference was to the explosion in heroin production in Afghanistan since the US took over for the Taliban.  And the third important reference was to a book that is now on my shortlist of “to reads”:  The Underground Empire, by James Mills, which the caller said was the story of how the US was winning the Drug War and FOR THAT REASON shut down the most successful operation.  I hate believing this stuff, but at certain point it’s hard to deny. Another book I mentioned on the air that I am hoping to get to and comes highly recommended is The Politics of Heroin in Southeast Asia, by Alfred W. McCoy, or McCoy’s newer book, The Politics of Heroin: CIA Complicity in the Global Drug Trade.
I hope you enjoyed the show. If you missed it, check out the show archives on wsbradio.com.