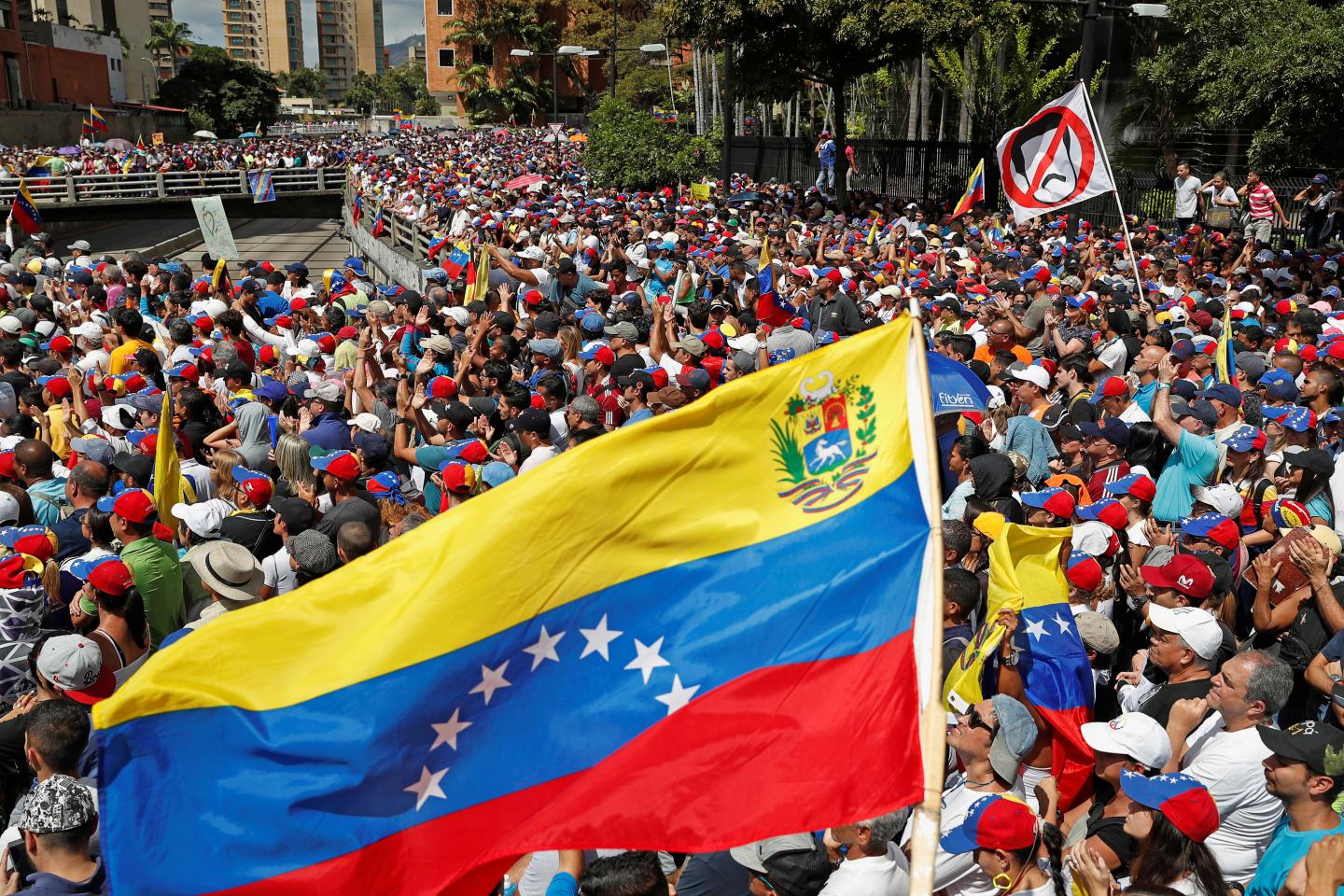 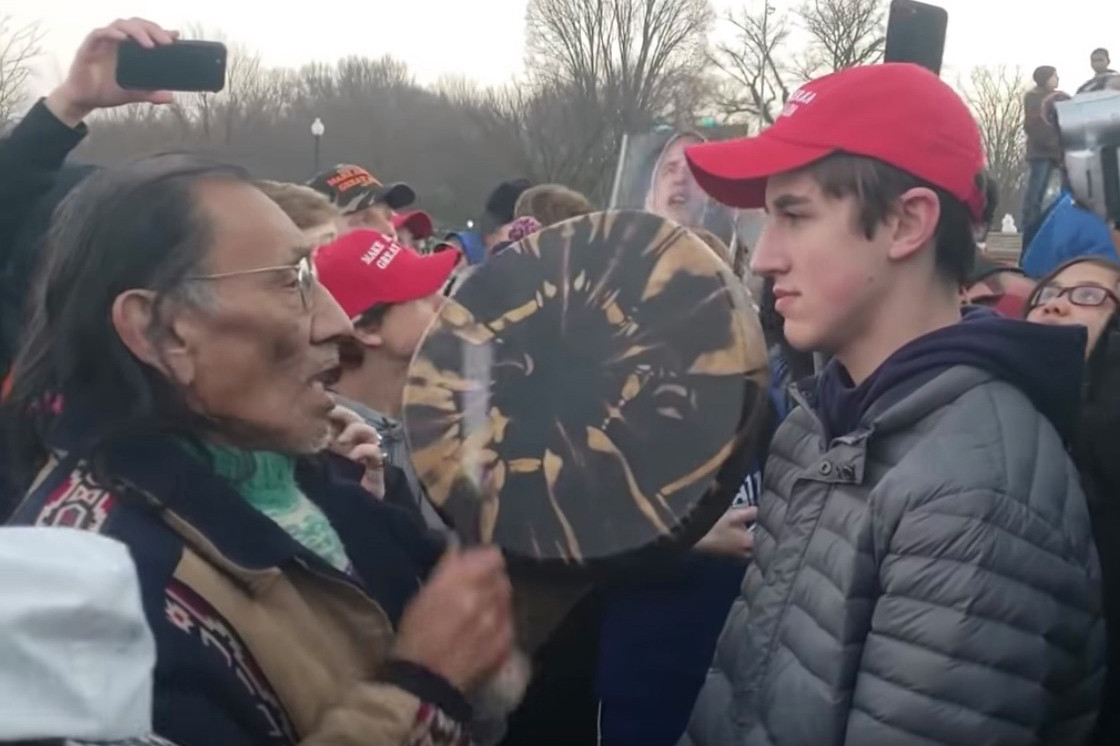 Like everyone else who listens to any amount of mainstream media on a regular basis, I heard the story of the racist kids from Kentucky wearing Make America Great Again hats and taunting a tribal elder in DC at the Women’s March. I tuned it out as a psyop immediately for numerous reasons. With stories like this I am often reminded of the scene in The Mission where the cardinal, about to order devastation upon the Indians in Paraguay, is rightly troubled by what he is set to do. His aide tries to comfort him by saying, “The world is thus, Your Excellency.” The cardinal replies, “Thus have we made the world.” Reports of obnoxious and overtly racist kids crashing the Women’s March wearing MAGA hats and attacking Native Americans are meant to convince us, “The world is thus.” I see how inorganically these incidents (to the extent they are ever accurately reported) have emerged and I think, “Thus have we made the world–are we making the world.” And I refuse to participate by engaging in the dialectical bait even intellectually. But the story did end up engaging me in the end….

At first the dialectic was “privileged white racist Trump supporting teenage boys menace peaceful Native American elder engaging in a call to prayer.” Not much of a dialectic really–who’s on the other side of that? The boys are not sympathetic–a dialectic has to have adherents on both sides to drive toward a pre-planned solution. (The dialectic is simply understood as Thesis-Antithesis-Synthesis or Problem-Reaction-Solution.) This wasn’t really a dialectic, just another pulse in the “Trump’s America Is a Racist America” meme. But then something strange happened. As other videos emerged, it became clear that the story offered by the Native American, Nathan Phillips, and his supporters, was false, and the media had accepted their narrative of this out-of-context moment with very little to go on but bias. No matter…as Saul Alinsky advised, if your original goal isn’t achieved, take the outcome as it is and turn it toward your own interests anyway. That is, you get lemons? Make lemonade.

And so it was done…

When ready to serve, divide the mixture evenly among the four glasses and top with about 3 oz champagne each glass and garnish with a twist of orange.

For a non-alcoholic cocktail, simply fill half the glass with cranberry juice cocktail and top it off with seltzer, 7UP or maybe even ginger ale. Garnish with a twist of orange and enjoy!

This is my selection for a Halloween cocktail this year – it may take some lead time because you might have to track down the ingredients, but I think it’s worth it! This is an original recipe & I love it!

Chill two Nick & Nora, martini or coupe glasses by filling them with ice and setting them aside or by putting them in the freezer.

Combine all ingredients in a cocktail shaker with plenty of ice. Shake thoroughly. Strain into chilled glasses.

*A note on the name…every time I squeeze clementines I feel like I’m milking a cat a la Meet the Fockers (click link below!), plus this is related to the Tom & Jerry (5 parts Old Tom, 2.5 parts lemon juice & 1.5 parts simple syrup)–again a cat…given the name and the color, as well as the autumnal notes imparted by the vanilla, clove & smoke simple syrup, I thought this would be the perfect cocktail for Halloween!

My first attempt at launching a non-celebrity guest interview series where I pick the brains of people I find interesting but you’ve probably never heard of! 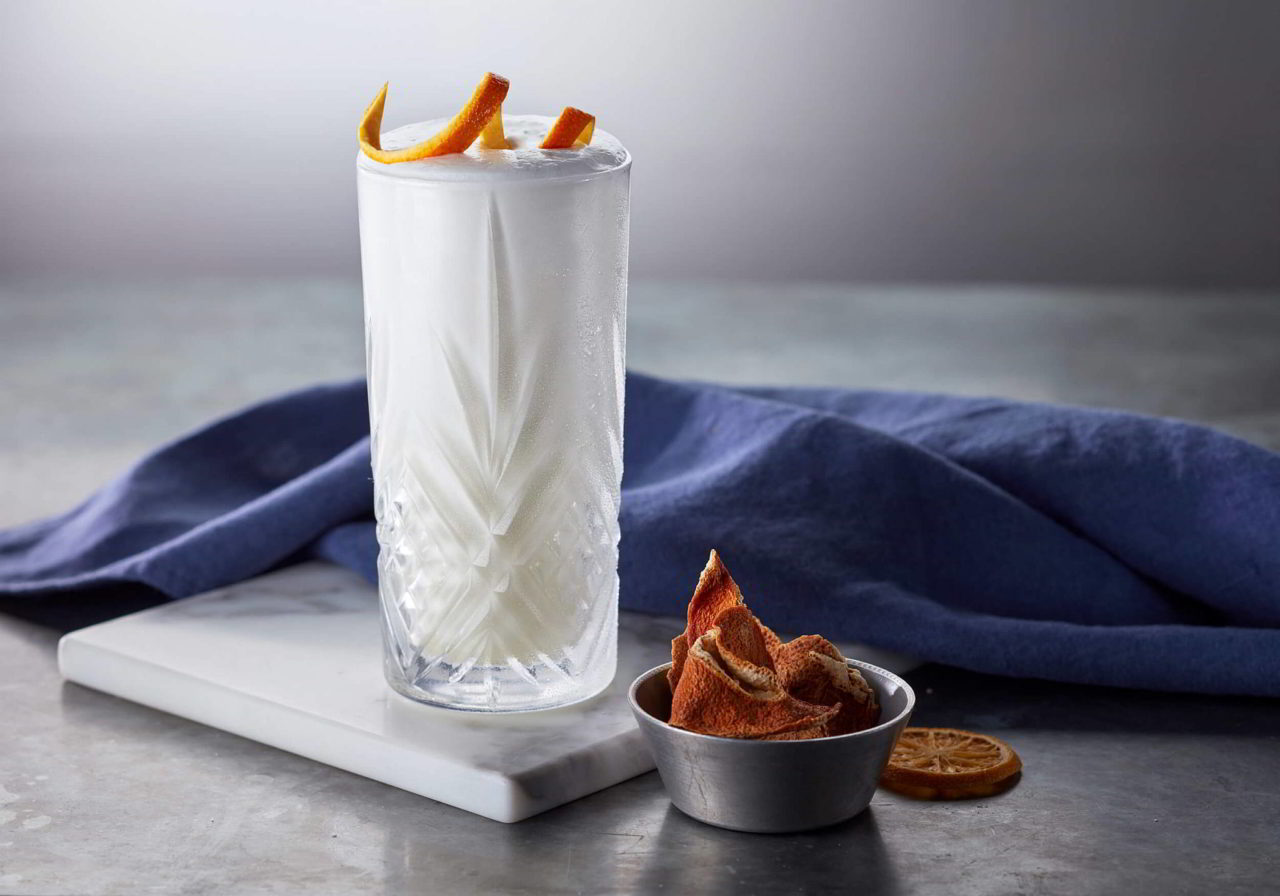 From Imbibe Magazine, this is the fantastically popular Ramos Gin Fizz as invented and still served by the Sazerac Bar in New Orleans. I can’t believe I never had one before!

1½ oz. Old Tom gin (I’m using Hayman’s because I’m out of Ransom)
1 oz. simple syrup (1:1)
½ oz. fresh lemon juice
½ oz. fresh lime juice
1 oz. fresh egg white (pasteurized if you like)
2 oz. heavy cream (I accidentally made mine with half this amount and preferred it! My husband, however, did not.)
3 dashes orange flower water
(I’m considering a dash of blue curacao for color but the drink is so delish as-is I hesitate to mess with it.)
Chilled club soda
Tools: shaker, strainer
Glass: Collins

Add ice to the glass to chill and set aside. (I put the glasses in the freezer while chilling with ice.) Add all the ingredients (except the soda) to an ice-filled shaker and shake vigorously 50 times. (Here’s my modification: I always use a “dry shake” when dealing with egg whites–that is, shake the drink first without the ice–in this case I held off on the cream too, shook the drink 30 times with no ice or cream for smoother froth, then added the cream and ice and shook 50 more times.) Remove the ice from the glass and strain mixture into the glass from a distance to ensure froth. Top with club soda. (I wish they told me how much club soda–my guess is 2 ounces.)

Truly we are on a new frontier–tech, surveillance, censorship, terrorism (however you define it!)…we don’t know the impact electronic devices will have on our kids, we don’t know what they’re watching, with whom they are communicating…we don’t know what their future world will look like – will they even need to know how to drive? How can we help them protect their health as plants now include animal genes and plastics and teflon (not to mention chemicals designed to kill plants and animals alike!) touch all of their food…as dialectics replace founding principles and all their books (and much more!) could disappear the moment the grid goes down…

How do we prepare our children to be safe, happy, good, strong, loving, principled, successful, generous, trusting, trustworthy, creative people, and everything else we want and hope for them, when we have no experience or understanding of the very different world they will face–face already–from the world we grew up in or our parents before us–which in turn was too different for many of them to really help us through this Age of Upheaval. 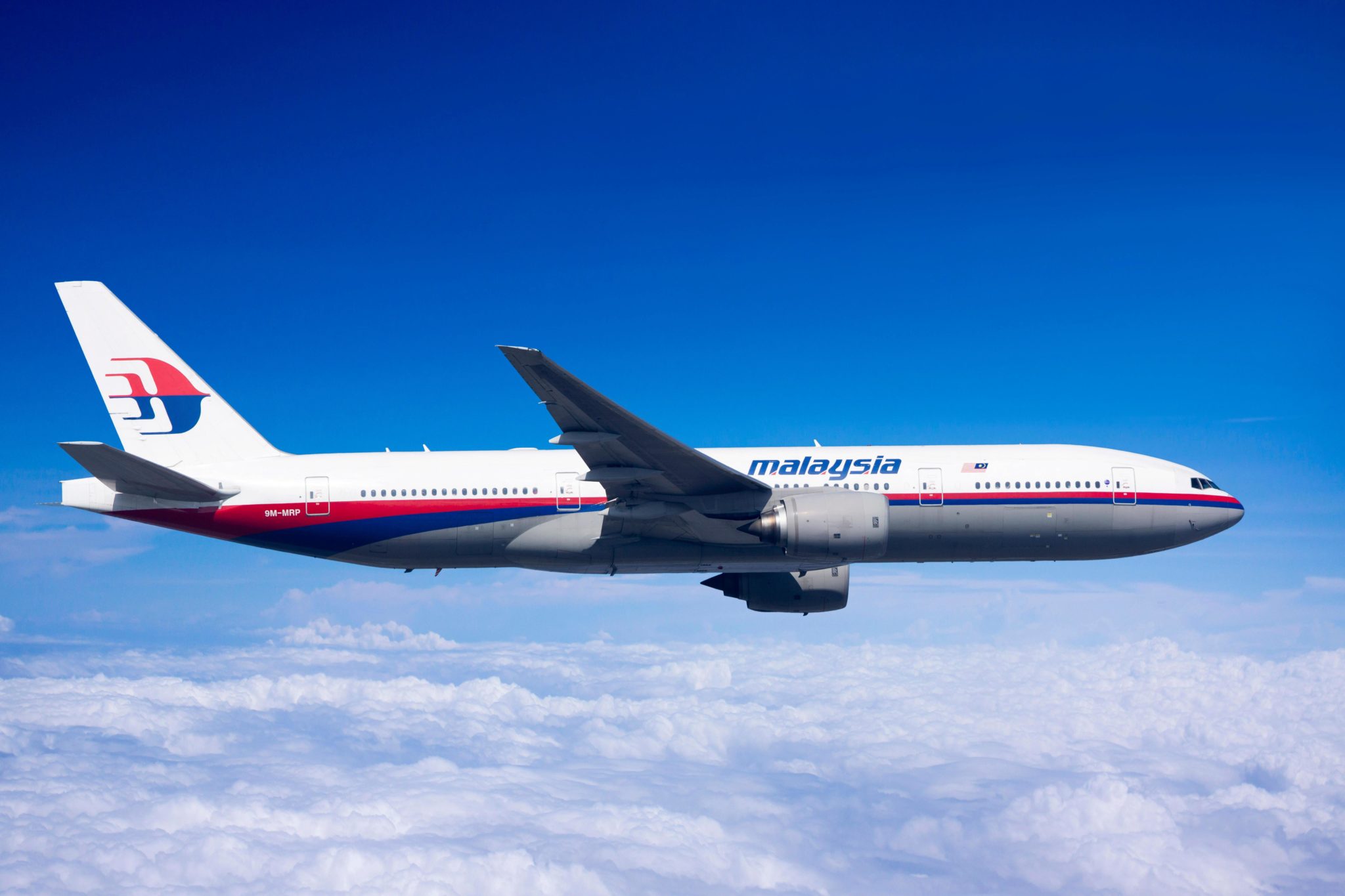 Since shortly after the event it was clear what happened to MH370 despite months and millions of a “search” that was nothing but deception. The true purpose is not yet clear, but if you want to know what happened to that plane, read what I wrote about it in real time four years ago–nothing has changed. Click here: Cracking the Code on Malaysia Air flight 370.

Time and time again, I have seen The Wall Street Journal explain that the reason Russia and China are so together and are such a big threat to us is that they have the luxury of being totalitarian dictatorships that can get ‘er done without the fussy inconvenience of individual liberty or consensual government. Well, the Journal is at it again, but this time they are behind the times…the CIA’s InQTel venture capital firm is ALL OVER AI! (Who’s the authoritarian dictatorship now, huh?)

Here’s the article from yesterday’s Journal that triggered me…the title in the print edition was merely, Authoritarianism Is China’s Edge in AI–but they really spoonfeed it to you right up top on-line which included an in-your-face subtitle:

ATLANTA GA – The Georgia Senate took its first major steps to move toward voter-marked paper ballots on Thursday. The Ethics Committee voted to abandon both unverifiable electronic voting and “new wave” technology that counts votes in computer-generated barcodes rather than human-readable marks. In a landmark decision during a Senate Bill SB403 hearing, the committee voted unanimously to require any future ballot marking devices used in Georgia to produce voter verifiable and readable marks that are tabulated for results.
Some ballot marking devices employ a touchscreen to create bar coded selections
of voter choices that are interpreted internally by a scanner and accumulated when the votes are cast. The unverifiable bar code technology, promoted by certain vendors and the office of the Secretary of State, enables a “new wave” of hacking possibilities and significant potential for undetectable errors.

At the hearing, Senator Michael Williams proposed a VoterGa recommended language change requiring scanners to tabulate only human readable and voter verifiable marks from any ballot marking devices that may be employed in the future. The committee passed his amendment unanimously.

SB403 sponsored by Senator Bruce Thompson, requires the Secretary of State to begin the process to replace Georgia’s unverifiable voting equipment. The bill also passed the committee unanimously on Thursday after being amended.

Lobbyists for at least one voting system vendor have claimed that language requiring verifiable ballot marks would eliminate them from the future bid process. However, two of the state’s long time election integrity advocates, John Fortuin and Garland Favorito testified they believe the motive behind such a claim is just to sell Georgia much more expensive equipment. They contend all vendors who demonstrated systems in a House Science and Technology hearing last year can also offer Georgia cost effective, verifiable voting systems that they have already installed successfully in other states.
Some vendor lobbyists may continue their push to sell unverifiable voting systems since Georgia election law is complicated, somewhat redundant and prone to loopholes. House bill HB848 that is similar to SB403 but does not have the same voter protections, is expected to receive a hearing in the Governmental Affairs Committee on Tuesday afternoon.

Yet another school shooting gets instantly politicized and while the left and the right argue the same talking points, many are wondering what really happened at Marjory Stoneman Douglas High School and why. We analyze some of the Broward County Sheriff Scott Israel’s statements, including his desire for the power to detain people over social media posts…involuntarily. We also play former CIA and FBI agent Philip Mudd’s fake crying, tangental rant as well as one of his classic’s “I’m a proud s-holer!” 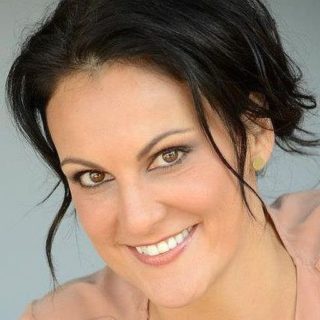