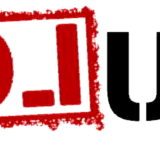 I wrote this story some time ago about my oldest child. Although my story relates to filial love rather than romantic love, I still thought it was suitable for Valentine’s Day, and because the T-shirt referred to in the story is a Ron Paul rEVOLution shirt, I couldn’t resist posting it! [this post is part (more…)

I always find Thanksgiving posts hard to write. How can you identify what you’re thankful for without bragging? How can you express the depth of your gratitude without seeming preachy? Maybe you can’t, but so often throughout the year I will jot down a note, “include this in Thanksgiving post!” There really is so (more…)

Apparently, Hillary is coming under pressure for using a (kind of) personal email account for State Department business. Given that David Petraeus, the HEAD OF THE CIA, used all the tricks in the book to keep his emails secret, yet they were splashed all over the front page of every newspaper in the country, as (more…)

Apparently, Hillary is coming under pressure for using a (kind of) personal email account for State Department business. Given that David Petraeus, the HEAD OF THE CIA, used all the tricks in the book to keep his emails secret, yet they were splashed all over the front page of every newspaper in the country, as (more…)

Hour 1 Hour 2 Hour 3 A few of the references from the show: Complexity & Chaos, Empires on the Edge of Chaos, by Niall Ferguson Neo-conservatism: The Autobiography of an Idea, a review of Irving Kristol’s book.

I am obsessed with Bewitched. It was my favorite show as a kid because of the magic but it’s my favorite show now because of the nostalgia – not nostalgia for my childhood memories, but for an era I have no memory of…the Sixties that existed in the pregnant pause before the cultural revolution–that long tail of the post-war Baby Boom that would fuel the counter-culture that changed it all.

But the show is also amusing on its face and even my modern kids enjoy it. I don’t let them watch TV or use electronics on school nights mostly because they fight too much over who gets what for how long. A month or so ago, however, I made an exception and bought the first season of Bewitched. Now we watch one episode per night as a family. We all love it. But when we first started watching it, I grieved for American innocence lost–a culture of etiquette and gentility that perhaps skewed corny but was fundamentally good. Then the outdated terms of the husband-wife relationship broke through to my consciousness and it occurred to me that really this might just be a white-washed version of the ugly culture depicted in Mad Men. Darrin Stevens and Larry Tate were the original mad men and the cigarettes and martinis and gender roles ring true in both versions. I was a little disturbed by this possibility, but also a little relieved because I didn’t have to have Good Ol’ Days syndrome – maybe those days weren’t so good after all.

To check my instincts on this, I took advantage of an opportunity to get an unbiased impression of that era as I was driving in the car with my 8-year-old son and 9-year-old daughter. My 9-year-old had announced at dinner the night before that she “accidentally” stumbled across the word “sexist” in the dictionary while looking up some “other word.” It didn’t take me long to come up with a list of “other words” she might have been looking for on that page, but I let that pass. I did, however, use that information later in the car to ask, “Hey, since you know what the word ‘sexist’ means, let me ask your opinion on something. Do you think the show Bewitched is sexist?” I was so amazed by their answers, I decided to share them….

There is something wrong and we all know it.

What do I think it is? I think it is that power is concentrated in the hands of those with different goals from the people from whom that power derives. I call the top of the pyramid “the power elite” and the source of the power “the sovereign citizen,” but whatever you call it, you have probably noticed the disconnect between our agents, the government we pay for and which acts in our name, and our wishes – better reflected in campaign promises than legislation.

But what can we do? I always answer this question in the same way: Start by not talking yourself out of the truth.

During the last presidential primary season, I advocated for Ron Paul. I didn’t stump for him – I’m an anarcho-capitalist and have no hope for coercive monopoly government no matter who holds the top title – but I do respect Ron Paul and supported him. In response to my suggestion that people actually vote for him, I got two arguments:

My eight-year-old son recited this as part of a Thanksgiving pageant at school and it brought tears to my eyes. Thought you might enjoy it too… The Village Blacksmith by Henry Wadsworth Longfellow Under a spreading chestnut-tree The village smithy stands; The smith, a mighty man is he, With large and sinewy hands; And the (more…)

If you’ve ever listened to my show or perused my website you probably know my story, but I’ll sum it up just in case. I’m the youngest of nine in a blue collar family. We always had what we needed but not much of what we wanted. My parents loved us, worked hard, blah blah blah, but I wanted stuff and I dedicated my whole existence to getting out of my parents’ house and having all the things I needed and wanted: a dry towel after a shower, a whole half a bed, name-brand ice cream–ya know, the finer things in life. In pursuit of theses dreams, I worked like a dog waitressing six nights a week while going to community college, transferring to Harvard on a full scholarship and ultimately getting a JD-MBA from Stanford. In the course of these pursuits, I accumulated mass quantities of debt and found the man of my dreams (or at least the raw material out of which that man could be crafted). I became an investment banker to pay the debts off–and to start racking up the towels and ice cream–and in thinking I could have it all, I moved to Dallas from Money-Making Manhattan to accommodate my husband’s career, maintain my own and even start a family.

Unfortunately, shortly after the wedding and the move to Dallas,