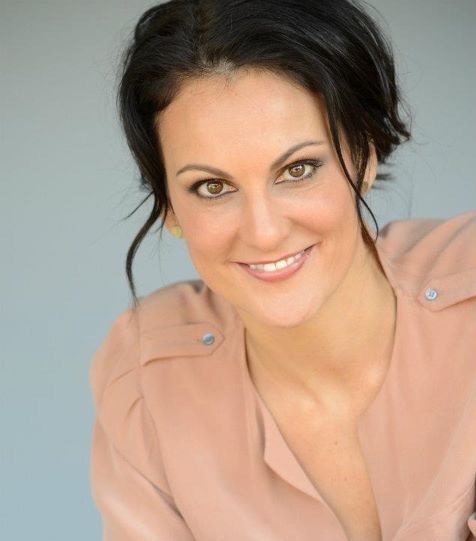 CLICK HERE TO LISTEN TO THE FULL SHOW FROM DECEMBER 31ST.

December 22nd, 2016 – Rules for Radicals, Total Information Control, The Allegory of the Cave, Putin’s Power, and much more on this 17th episode of the Propaganda Report.

CLICK HERE TO LISTEN TO EPISODE 17 OF THE PROPAGANDA REPORT

If you haven’t, subscribe to the Propaganda Report podcast on iTunes for weekly in-depth propaganda analysis by clicking here.

If you’re an android user, subscribe on Google play by clicking here.

I hadn’t heard this before – the caller with the flag lore was repeating an urban legend! (h/t AG) https://t.co/uHqtuMddsu

Some articles of interest from the week with excerpts….

“If it was a political act, it was pretty craven and ineffective since people did it in secret and no one knows what it was meant to state,” Hampshire college’s president, Jonathan Lash, 71, said in a phone interview on Monday. “And we replaced the flag the next day.”

But within a week Mr. Lash had sent an email announcing that the flag was to be taken down altogether. “Some on campus perceived the flag as “a powerful symbol of fear they’ve felt all their lives because they grew up in marginalized communities, never feeling safe….So something that I have been learning about over the six years but I saw with incredible intensity after the election was the genuineness and depth of the fear of people who have grown up with racism,” Lash, said in a statement. “Who look at the deaths on city streets and say, that could easily have been me.”

“Trump’s first two choices to head law enforcement and intelligence agencies — Republican Senator Jeff Sessions for attorney general and Republican Representative Mike Pompeo for director of the Central Intelligence Agency — are leading advocates for domestic government spying at levels not seen since the aftermath of the Sept. 11, 2001, terrorist attacks.”

In a reversal of curbs imposed after Edward Snowden’s revelations in 2013 about mass data-gathering by the NSA, Trump and Congress may move to reinstate the collection of bulk telephone records, renew powers to collect the content of e-mails and other internet activity, ease restrictions on hacking into computers and let the FBI keep preliminary investigations open longer.

A first challenge for privacy advocates comes this week: A new rule is set to go into effect on Dec. 1 letting the FBI get permission from a judge in a single jurisdiction to hack into multiple computers whose locations aren’t known. [wouldn’t put it past them to do it in every jurisdiction with no expiry]

“Under the proposed rules, the government would now be able to obtain a single warrant to access and search thousands or millions of computers at once; and the vast majority of the affected computers would belong to the victims, not the perpetrators, of a cybercrime,” Senator Ron Wyden, an Oregon Democrat who serves on the Intelligence Committee, said in a statement.

Wyden is one of seven senators, including libertarian Republican Rand Paul, who have introduced a bill, S. 3475, to delay the new policy until July to give Congress time to debate its merits and consider amendments.

From Trump’s picks for CIA (Pompeo) and Attorney General (Sessions):

Time for a Rigorous National Debate About Surveillance
Post-9/11 measures have been weakened or discarded. A coherent new approach is needed.
http://www.wsj.com/articles/time-for-a-rigorous-national-debate-about-surveillance-1451856106

The use of strong encryption in personal communications may itself be a red flag….

Reasonable warrantless searches are compatible with the Fourth Amendment. So are searches of data shared with third parties, such as social-media posts…

Surveillance should feature prominently in the 2016 presidential campaign, giving the next commander in chief a mandate and sense of obligation to implement reforms. Opposition to surveillance has been bipartisan, and the strategy for overcoming it must be bipartisan too…..

Congress should pass a law re-establishing collection of all metadata, and combining it with publicly available financial and lifestyle information into a comprehensive, searchable database. Legal and bureaucratic impediments to surveillance should be removed….

Sessions: “The civil libertarians among us would rather defend the constitution than protect our nation’s security.” Problem with Sessions’ theory is that the Constitution is what would protect national security—undeclared wars, MIC–create danger both incidentally and purposely. See George Washington’s farewell address for more.

The release of the 100-page report follows the worst hacking of U.S. government systems in history and accusations by the Obama administration that Russia meddled in the U.S. presidential election by hacking Democrats.

Steven Chabinsky, a commission member and the global chair of the data, privacy and cybersecurity practice for White & Case LLP…said the group wanted the burden of cybersecurity “moved away from every computer user and handled at higher levels,” including internet providers and product developers who could ensure security by default and design “for everyone’s benefit.”

One commissioner, Herbert Lin of Stanford University, said some senior information technology managers distrust the federal government as much as they distrust China, widely regarded as actively hacking in the U.S.

It was not immediately clear whether Trump would accept the group’s recommendations. Trump won the election on promises to reduce government regulations, although decades of relying on market pressure or asking businesses to voluntarily make their products and services safer have been largely ineffective.

Though Trump is a prolific user of online social media services, especially Twitter, he is rarely seen using a computer. His campaign manager, Kellyanne Conway, tweeted a photograph Monday of Trump working on an Apple laptop inside his office at Trump Tower. He testified in a deposition in 2012 that he did not own a personal computer or smartphone, and in another deposition earlier this year said he deliberately does not use email.

The Orwellian War Against Skepticism
https://consortiumnews.com/2016/12/01/the-orwellian-war-against-skepticism/

“Yet, what Stengel and various mainstream media outlets appear to be arguing for is the creation of a “Ministry of Truth” managed by mainstream U.S. media outlets and enforced by Google, Facebook and other technology platforms.”

“As veteran war correspondent Don North reported in 2015 regarding this new StratCom, “the U.S. government has come to view the control and manipulation of information as a ‘soft power’ weapon, merging psychological operations, propaganda and public affairs under the catch phrase ‘strategic communications.’”

“Typical of this new McCarthyism, the report lacked evidence that any such network actually exists but instead targeted cases where American journalists expressed skepticism about claims from Western officialdom.”

For the latest episode of the Propaganda Report, go to our new website, www.propagandareportdaily.com where we post all the podcasts, show notes and daily quick hits on news of the day. (Sign up there for emails when a new item is posted.)

The Return of the Neocons, the plan to make the Alt Right beg for a conservative welfare state, fake news tells us to watch out for fake news, cultural conditioning and much more on this 12th episode of the Propaganda Report.

CLICK HERE TO LISTEN TO EPISODE 12 OF THE PROPAGANDA REPORT.

If You’re Feeling Generous, Click Here To Donate To Binkley and Help Us Produce More Content. Thank You!

If You Haven’t Yet, Please Be Sure To….

Here is the book laying out Trump’s philosophy of loyalty & revenge:

Read moreThe Propaganda Report Episode 12: The Return of the Neo-Cons

for main show notes and other formats click here

First time on since the presidential election…is it too soon to go back down the rabbit hole? What do you expect from President Trump? What do you fear?

Click Here To Subscribe To The Propaganda Report On iTunes. This helps us improve our visibility. Thank you!

Sandyhook footage used during the reporting of the Umpqua Community College Shooting, as mentioned. Pause it at the .16 mark and you can see the “Sandy Hook School” sign in the shot.

On episode 8 of the Propaganda Report, we explore the short and long-range objectives behind the ongoing media psyop involving the presidential race. We only have the audio up so far, but video will be up shortly. To get the audio and video versions as soon as they’re posted, Subscribe To Brad’s Youtube Page Here.

The More Propaganda Report Podcast Subscribers We Get, The More Content We Can Produce. Getting subscribers increases our visibility, and increased visibility helps us fund our show, so please subscribe when you get a chance. Thank you!

For those who use neither, sign up and subscribe! Or, listen to this week’s episode directly, here.