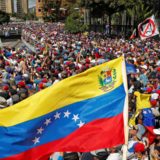 This is part of a series I’m testing out called: The Propaganda Report, Your MSM Companion. Here’s what it’s about: I read the WSJ to keep up with the official narrative–if we know what they’re trying to feed us, we might be able to figure out why. I have concluded that nothing in The Wall (more…)

Hour 1 Hour 2 Hour 3 Here are my predictions in writing.

I’ll be filling in for Erick Erickson this Friday, November 27, 5pm-7pm ET on www.wsbradio.com, 95.5FM & 750AM…here’s a preview of the show…   https://www.youtube.com/watch?v=LjWjVKGCYkw

I recently wrote an article called The Libertarian Immigration Conundrum in which I discuss how the state can use our principles of liberty to get us to lose control of government and end up with less free societies. I hadn’t realized that this was a defined strategy until I saw the video below. The video is (more…)

Almost 100 million Americans who could work aren’t. Burdening the labor market with payroll taxes, obamacare, regulatory compliance costs, minimum wage and indiscriminate college loan subsidies, among other things, as well as creating a wage floor with welfare, unemployment insurance, food stamps, etc., creates systemic unemployment like this.  The value to employers of the work (more…)

UPDATE: I wrote this Original Article without realizing how contentious and emotional an issue immigration is in the libertarian community. I find libertarians to have an economic cast of mind and I tend to address issues in a highly analytical way that I think is easily understood. After I wrote this, however, I found that the immigration issue really brings out emotions in everyone, including libertarians, likely because so much human suffering is at stake, so I think it makes sense for me to back up a little and explain how I got to the point where I thought libertarians had a conundrum on their hands when it comes to immigration.

As a hardcore libertarian, I never gave a second thought to the rightness of allowing immigrants to come into this country and engage in private arms-length transactions for employment and housing. I never bought the argument that they use roads we already paid for–we pay as we go with fuel taxes, and with $17 trillion in national debt, seems that nothing we have here is actually bought and paid for anyway.

On a personal level, as a New Yorker, I always loved the melting pot, and every New Yorker I knew growing up effectively volunteered for the melting pot either through immigrant parents or grandparents; and, later, as an investment banker in Money-Making Manhattan, I found we New Yorkers, no matter where from originally, all shared the same values in that “eat-what-you-kill” environment. It’s an immigrant culture, it’s eminently American and I’ve always loved it.

As the granddaughter of immigrants and a New Yorker born and bred, I just didn’t get why people were against immigration, and after some thought, I concluded that there must just be an underlying feeling of racism or xenophobia. That motive, I felt, could not be indulged, not because it’s wrong on it’s face, but because it’s unjustifiable. We have no rights as a society, only as individuals. If others wish to transact with immigrants, there is no moral justification whatsoever to stop them. If cultures change as a result, so be it. Organic change is normal. We should retain our values through strict adherence to just law and welcome new people into our communities as MLK urged us to judge one another: based on content of character not color of skin.

However, after I got on the radio and did a few shows on immigration explaining my libertarian position, I was inundated by email and opinions from the conservative to the otherwise libertarian-leaning expressing concern that I didn’t realize the danger imposed on us by excessive immigration, so I gave the topic still more thought.

Again, as a libertarian, I accept the consequences of liberty, including the liberty inherent in the rights to work and travel. But as with economics in general, I felt that immigration patterns respond to demographics and technology and as conditions changed, immigration ebbed and flowed. I have found that the feedback mechanisms inherent in free systems allow changing conditions to be adapted to without too much harm done–usually things end up for the better. For example, as immigrants entered the system and had to learn needed skills, including English, they tended to integrate in the important ways: work ethic, fair business practices, etc., and contribute in other ways: different perspectives, new cuisines, old world values.  And if they couldn’t offer what was needed, they would go back. (One of my great grandparents actually did go back after his wife died, leaving my grandmother in an orphanage in New York.)

I began to notice, however, that immigration patterns were changing–not necessarily in where people were coming from, but in the fact that they were not integrating. It wasn’t a melting pot, but a fractured society with competing fundamental values. That’s not how it was in New York. We were all–my immigrant grandparents and my investment banking co-workers–there for the same purpose: the opportunity to work very hard and get ahead. Then I realized that changing immigration laws (prioritizing family reunification over needed skills, for example) as well as an increasingly dysfunctional labor market (leading to a black market for labor that is irresistible to the poor across the border) was leading to skewed immigration patterns that were likely foreseen and manipulated by the political class. That’s when I realized that libertarian principles might be exploited in centrally controlled societies to gain consent for policies that will have what we might think are unintended consequences but which were in reality the plan all along (perhaps for example, to create a less literate electorate, or one with a predisposition to vote for a larger central government.)

As a staunch libertarian, I continue to defend the rights of individuals to work and travel and of employers and landlords (and everyone else) to engage in arms’ length transactions with consenting adults, but I do realize that there are conscious forces at work that exploit our principles for their own self-interest.

I hope this clarifies my thinking on this issue. Now for the Original Article…

“I began to rethink my views on immigration when, as the Soviet Union collapsed, it became clear that ethnic Russians had been encouraged to flood into Estonia and Latvia in order to destroy the cultures and languages of these people.”
Murray Rothbard
Nations by Consent: Decomposing the Nation-State, 1994

The libertarian position on immigration is clear: every person on earth has the right to work and travel as long as he doesn’t encroach on the rights of others in the process. In a free society, you must accept the consequences to society of the choices individuals make, even if you don’t like them. Fortunately, in a free (capitalist) society, the pricing mechanism gives constant feedback to actors of the costs of their actions, and migration patterns, like the labor market (and in conjunction with it), would constantly adjust to reflect the changing marginal value of the choices individuals are making. The result would be an organic, gradual process of adjustment to technological and demographic changes, rather than the systemic, manipulated upheavals we experience in today’s highly controlled society.

In our controlled society, however, there are many costs and implications of government policy that individuals are literally forced to accept. These are not simply unintended consequences, but deliberate policies crafted to change our underlying culture to further the state’s purposes. These purposes include manipulating the body politic to erode voter defense of rights and liberties, especially property rights and the absolute right to self-defense, as well as (together with trade policy) manipulating the competitive landscape for goods and labor in favor of government-connected firms at the expense of entrepreneurs and individual wage-earners. Perhaps even more sinister, immigration policy may be used as a way to integrate populations and normalize laws across regions to facilitate Zbigniew Brzezinski‘s famous goal of “gradual convergence of East and West.” (For more on this last point, click here; see also my long comment in the “comments” section below.)

In the face of these abuses, is it the correct libertarian position to “take any liberties we can get” even though they are being picked and chosen for us by a power elite intentionally exploiting these principles of freedom to create a less free society?

Here are the main sticking points I see to applying libertarian immigration principles to our centrally controlled society: